I have lupus. It affects my brain. I've covered the loss of ability and severe depression I've been dealing with for years in previous posts, so I'm not going to repeat any of that.


This post is about looking forward. How can a person see a future with their brain falling out? I have been 'brain training' for several years getting ready, because it's not something I'll be able to control later with will power or a simple decision to behave a certain way or have a particular attitude. I've already had a taste of the mentally crippled lifestyle I'm headed for, and I know it could happen again at any time without warning, and I have no promise I'll pull out of it next time like I did this time. 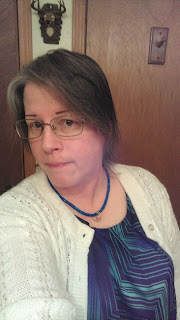 In the confusion of forgetfulness and mood swings, there has to be a behavior foundation, a rock to stand on, a familiarity to flee to for comfort. I've known people who have gone through strokes, injuries, and illnesses that have affected their personalities, and the people who care for them. I know it's hard.


The hardest part is trying to keep the feeling of some kind of control as it's slipping away, or trying to get it back after it's simply just gone. That leads to no amount of frustration, anger, sadness. I don't want to be angry and sad. It seems to me that the best way to go forward is by learning to let go of everything now while I can, so that I don't try so hard to hang on and make myself, and whoever takes care of me, miserable. 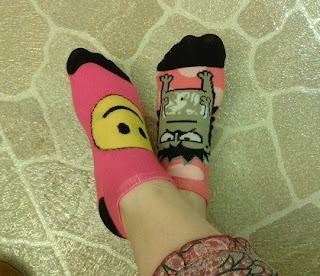 Scott is my best friend. He sucks at romance, and he's not the wordy comforting type, but he's got an instinct for making me laugh like no other. Over the years I've developed a complete trust in him even when he does everything wrong and backwards. All I have to do is sit back and let him be the person he is. I don't have to watch what he's doing in case he's wrong because I ~know~ he's wrong. Our lives are very cartoony sometimes, and it's something I've learned to appreciate.


Because of this trust, I have experimented with allowing things to get ridiculously silly and just laugh with him at everything. I discovered a joy that you don't get with monitoring the moments for stuff going wrong. I'm not saying let the house burn down, but it's got to be ok for someone to burn the toast or even plow through a garage door (that happened at a neighbor's house) if we don't want to become bitter people as we age. It's ok for real life to be a silly sitcom or live out your own cartoon network. 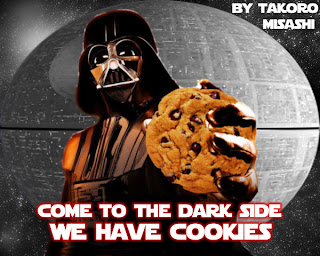 Every day I practice allowing spontaneity to happen. I'm not a spontaneous sort of person, so this, I think, is key to my 'foundation' attitude when I start losing brain control again. Some days I forget things, important things, and aside from forgetting to write thoughts down as they happen into a list or something because I know I'm going to forget within minutes or even seconds, I just let it go. Even with my brain working pretty good this year, I missed my own daughter's 30th birthday, a milestone, especially as she's my only biological child AND she's pregnant. She told me several times she would be 30 weeks along on her 30th birthday. I knew it was coming, even bought her a card. A week after her birthday passed, I remembered. And a week after that I finally mailed her birthday card. I could have kicked myself and felt bad and either made a big deal of it or moped around the house about the epic fail, or I could make a funny story of forgetting my daughter's birthday and share it with people. Which I did. Mostly people are too busy with their own stuff to understand the portent of my funny story, that as young as I am, I am already suffering some memory deficit. But that's ok. It'll be one of a succession of funny stories.


I remember my grandmother and great-aunts telling funny stories about their marriages and families when I was a little girl. I was too young and inexperienced back then to understand they were dealing with emotionally difficult situations. I look back now and appreciate that my memories of my relatives talking together are full of laughter and silliness. It would have been such a drag to hear them all whining and moaning about how their lives suck, which seems to be the way people carry on nowadays. I don't want to be remembered like that, and it's not easy training myself to be a fun person to be around. I have Asperger's, I'm a natural born griper. Or rather, I'm a natural born pointer outer of incongruity, as it were. 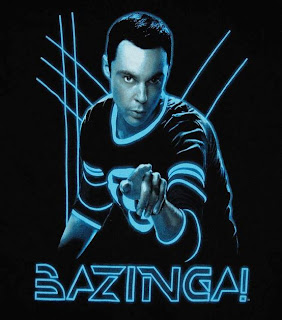 The world doesn't have to be logical and make sense all the time. I married into the most illogical family I've ever met, and they seem to be surviving, albeit with mountains of inherent self destructive traits, but still carrying on the family genome into the future. Humanity has survived like this for tens of millennia. Just because I was born with a Vulcan brain doesn't mean I can't learn to enjoy the moments, right? And that's what I want to do, enjoy all the moments I have left. I don't want to be left alone with my crabby self in a room because no one can stand me, or because I'm difficult to interact with. Goodness knows I don't mind being left alone for long stretches, thanks to the Asperger's, but that's an aloneness I choose, not one that I get stuck with because I suck.


The little things are important. A color I like. Something good to eat. Watching someone else giggle or absorb themselves in something they love. If I lose my ability to understand the moment, at the very least I still want to be capable of enjoying it, and I think training my brain to let go of trying to interpret something intelligently to myself all the time is the first step. I'm a natural problem solver when my brain is working, and I'm very good at interpreting thoughts into words. But I've been in the place where strings of words don't make sense, where I can't follow a simple story on tv, where books turn into a gobbledygook of lost symbology. In those times, I can either wallow in despair and grief, or notice something is pretty or funny. My brain training requires that I spend time every day noticing simple things without thinking about them, and emotionally reacting with enjoyment. I feel (I hope) that laying this foundation as a learned reflex will help me and others around me cope better when the next lupus flareup affects my brain.