Researching possible connections between prosopagnosia (face blindness, which I was born with) and dissociation (possible trauma induced prosopagnosia development), I ran into other research connecting empty sella syndrome (which I have) with high blood pressure headaches (which have landed me in ER and hospital more than anything else). I'll just copy/paste the entire thing over. Original post is here.

Things I'm still struggling with that I never talk about-

Prosopagnosia is a neurological disorder characterized by the inability to recognize faces.  Prosopagnosia is also known as face blindness or facial agnosia.  The term prosopagnosia comes from the Greek words for “face” and “lack of knowledge.”   Depending upon the degree of impairment, some people with prosopagnosia may only have difficulty recognizing a familiar face; others will be unable to discriminate between unknown faces, while still others may not even be able to distinguish a face as being different from an object.  Some people with the disorder are unable to recognize their own face.  Prosopagnosia is not related to memory dysfunction, memory loss, impaired vision, or learning disabilities.  Prosopagnosia is thought to be the result of abnormalities, damage, or impairment in the right fusiform gyrus, a fold in the brain that appears to coordinate the neural systems that control facial perception and memory.  Prosopagnosia can result from stroke, traumatic brain injury, or certain neurodegenerative diseases.  In some cases it is a congenital disorder, present at birth in the absence of any brain damage.  Congenital prosopagnosia appears to run in families, which makes it likely to be the result of a genetic mutation or deletion.  Some degree of prosopagnosia is often present in children with autism and Asperger’s syndrome, and may be the cause of their impaired social development.

My mom told me years ago that I was born with water on the brain, which is called fetal hydrocephalus.  I never received follow up care or checkups for that condition, despite my mom describing how round the top of my head was with fluid after I was born, and naturally no mention of surgery. I'm sure my dad would have prevented any and all interference in my 'natural' development.
Around my late 30s, an ER doctor revealed I have empty sella syndrome, which I've always assumed was a result of that fetal hydrocephalus.

Prosopometamorphopsia and alexia following left splenial corpus callosum infarction: Case report and literature review (This is unrelated but shows how damage can cause distortion recognition, and if you think about it, I may have had a little damage during development or birth (there were no MRIs back then), although no one has ever noticed splenial infarction on my MRIs.)

Prosopometamorphopsia is known to be caused by splenial corpus callosum infarction [14]. In this case, prosopometamorphopsia likely occurred because facial recognition information was interrupted by the splenial infarction as it was being transferred to the facial fusiform area after being processed in the face perception areas of the occipital lobe.

I had a very very nasty headache in 2004 that lasted for several months (worst part was 6 weeks of sleeping only 2 hours at a time and unable to lie down during that 6 weeks), followed by brain changes that included losing my ability to do simple math, not being able to read for several years, not being able to drive for 4 months, accentuated memory problems and time disorientation, plus cranial nerve damages that resulted in loss of taste and smell for at least two years, unable to make tears in one eye for four years, and continued altered taste and smell. Did I already have a headache syndrome from empty sella that made bell's palsy exponentially more painful?
It was during that time that my prosopagnosia became so noticeable that Scott had to keep an eye on me because I'd follow other people around while we were out shopping. I had never told anyone before that time frame that I'd been unable to remember faces through my whole life. I'd always been smart enough to cover for all my flaws, or didn't even realize I had flaws because I'd already adapted so well. 2004 changed all that. I lost being smart.
So, as I'm sure you can imagine, I'm intensely curious about these brain changes and why I could never get any kind of doctor anywhere interested in finding out more of what was going on with me around 2004. MRIs from before that happened showed no obvious damage other than the incidental empty sella finding, which suggests to me that I was born this way and that all it took was one *something* (illness? poisoning?) one year to cause so much catastrophic loss for me, and it truly is catastrophic when you consider I got a 32 on an ACT test and now I can't even add and subtract correctly, and I couldn't read and retain for several years, much less the memory problems. I have been physically and psychologically dependent on my husband for 16 years because of this. The disability I was granted in 2009 didn't even reflect any of this. I was already autism spectrum with social deficits and severe depression and had been living with fibromyalgia for years before that even happened, and then in 2007-8 I grew so ill with a cytomegalovirus infection that I needed nearly round the clock assistance with everything I did for months. Notice I didn't even bring up the year I was ejected from a flipping car. Piece of cake, right?
~~~~~~~~~~~~~~~~~~~~~~~~
So this week I caught myself remembering my secret horse world when I was a kid hating being human. While other kids daydreamed about socializing and becoming someone, I was deep in a fantasy world in which I was a horse. I started a horse board on my other pinterest so I could dig around looking for what I used to daydream about. I'm into black liver chestnuts with fiery manes, although I like them super flaxen, too. The more jet black the chestnut, the better. I had whole families of horses set up in my head during grade school. 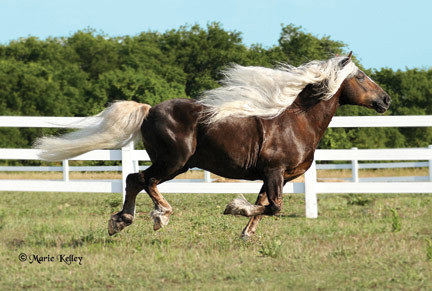 Here you go, have a playlist. I'm making supper now.