I bet a furry cpap would actually work really well


I can't sleep. 😕 I skipped a benadryl dose today, which you'd think would be a tiny thing since I'm on twice a day zyrtec, but my sinus went into overtime just before bed and now I have one of those throbbing headaches that sharply accentuates my awareness of every breath through my CPAP mask. So now I'm waiting for the benadryl to work, hopefully I'll be able to use that tonight. I'm in the middle of doubling a med dose that can make apnea worse, so if I sleep without the machine I'm risking not only poor sleep, but everything associated with my OSAT dropping into the 70s will ramp up my risk for heart strain and the resulting morning headache, not to mention the nightmares that sets off.

How many people die each year from sleep apnea? Is there any way to determine sleep apnea or sleep apnea related deaths in a year?

Yes, you can die from sleep apnea. Carrie Fisher did.

There are different kinds of and causes for apneas, and evidence for mine goes back to a car accident I had at 19. I very likely had concussion and possible brain steam injury, with most of the scarring and pain located at the base of my skull and the top of my spine. My sleep history is alarming. I stopped sleeping more than 2-4 hours a day for about 2 decades because I was so terrified of waking up from the worst nightmares ever to wildly racing tachycardia that finally had to be surgically corrected. I described sensations that had a doctor sending me to seizure testing, which turned out normal. I grew so fearful of medications not letting me wake up that I stopped taking them completely, choosing to live with excruciating pain for several years. I finally reached a point where the apnea became so bad just during a short nap that I was unable to stand and had to crawl for several minutes before I could regain control of my body and orient enough to function. How I never had strokes in my sleep is anyone's guess, because my blood pressure goes insanely high while that is going on, despite regular blood pressure medications and otherwise healthy lifestyle.

In short, I am very high risk for not waking up one day. My CPAP machine cannot force me to breathe with this kind of apnea, it can only encourage it and keep my oxygen levels high enough to keep my brain from failing so quickly, and hopefully make it easier to keep healing. Doctors have told me this kind of apnea can increase brain dysfunction and damage, and even though by regular standards I stop breathing far less than other apnea patients, I simply don't restart breathing as quickly as they do. I literally have reached the point a few times where I was very close to not waking up at all, and my body was fighting as hard as it could trying to get me to wake up and just BREATHE.

I'm really liking 'getting my brain back' this last year, and I'm especially liking sleep nowadays. I still don't usually sleep more than 5-6 hours a night, but it's a much healthier sleep than I've had in decades. I can tell I'm handling more activity and stress than I used to be able to handle, and I last a little longer before I hit my fatigue wall.

It would be easy to just toss the mask aside on nights like this, but I'd rather feel my sinus calm down and airway open back up again, and then start over with the mask. I feel safe with a mask on my face. I don't panic in my sleep very often any more. My general anxiety level has come down a bit, and the nightmares are nearly gone now. And looky that, writing this out gave the benadryl time to kick in. Laterz. 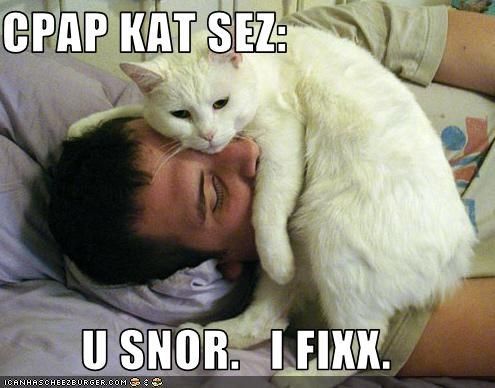