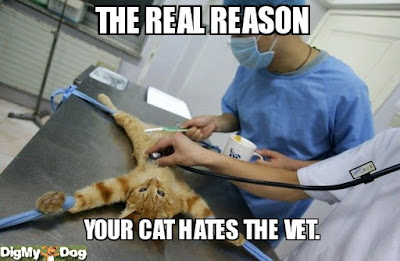 My turn for needle day. This week so far I've watched two friends on twitter/facebook go through big neck stuff (awesome needle in the ol' spine pic *thumbs up*), so mine is little tiny stuff by comparison. However, instead of turning pain OFF, we'll be doing a nerve conduction study and turning pain ON. I have no idea if we'll be doing both legs or just one, the goal being to discover exactly why I get the stabbing pains in my left foot for weeks after I trigger my L5S1 compression by lifting Bunny from any position, both sitting and standing.

Can EMG/Nerve tests diffferentiate between cord compression and nerve root compression???
"The EMG's can isolate if it is a root or the cord. The cord most times would be a bilateral affect, where as a root of course only one side."

I'm planning on taking it easy for a few days afterward since fibro is a nerve condition.
more pain since EMG and Nerve conduction
"I had pain after the EMG and swear I still feel the 2" needle probe they were trying to get in my shin. I'm sorry to hear you're having pain still. I've tried massage blocking the signals and it's seem to have helped. Please call your Neurologist to follow up. I wish I could help more. Thinking of you. Take care. Charry"

I'm married to a guy who faints dead away just giving blood and swears he'd rather die than go any further than that with a needle because he'd go into convulsions or something. While I'm not actually looking forward to it, I've come to realize after so many years of pain that I kind of like it. That realization was a little disturbing at first, wasn't sure how to feel about that since I purposely and very conscientiously avoid self harming. I've noticed during deep tissue work weeks in physical therapy that I sometimes come away almost too delirious to drive because I'm so high right after my pain threshold has been lowered, which is weird since I don't medicate, but I discovered how natural spinal opioids and receptors work, so I imagine that's it in a nutshell. I tend not to notice 'real' pain, where I really have a broken bone or someone points out that I'm bleeding, because I'm so overwhelmed all the time with what I call 'ghost' pain. (Pain charts are ridiculous contraptions for those of us with pain syndromes.)

I've been through nerve conduction studies before on my arms, they suck, and I'm sure I'll be pretty pissy for awhile after I've had needles in my legs and feet pinging nerves on purpose. Anyone who has never had deep throbbing nerve pain hasn't LIVED. You cannot comprehend how absolutely beautiful life is with a lower pain level until you've been tortured on purpose for a medical study.

I'm not a pain advocate. I don't think it's wise to self harm, especially with MRSA and VRSA and other big germ baddies on the loose all around us, and much more prevalent than most people realize. HIV is nothing compared to those.

By the way, if thoughts of torturing someone for science excites you, there's a career field for that.

So far, so good. No mutating into an alien life form, nothing disturbing the Force, just a great baseline for if/when any of the pain changes/gets worse. They can only do so much with "We don't see any damage."

So for all I know, that nasty weird nerve pain might never have been a problem for someone without a fibro feedback loop amping up to Zaphod Beeblebrox levels of weirdness. I'm not bitter, though. Some people wanna see returns on their suffering, they want proof, and I'm all HELL no, do ~*not*~ give me proof. I don't care who says what about it's all in my mind (that's a real thing that is finally turning into Oh yeah, now we can see part of what's causing the feedback probs in fibro research). I'd much rather no one believe me and think I'm a hypochondriac wanting negative attention to feed my psychosis than have real, actual damage. Besides, this is standardized across the board testing for a very specific determination, not a validation of whether something actually happened.

Some people go deep into rock aura magnetic energy stuff, others go into pandimensional reasons for our sufferings that involve quantum physics and dark matter (srsly, not kidding), I'm just all Tell me how I'm moving wrong and I'll take it from there. Because that's a real thing that can be corrected. I think the greatest change we can make in health care is for insurance to pay for weekly massages for everyone.

This was on the wall there. I thought it was pretty clever. 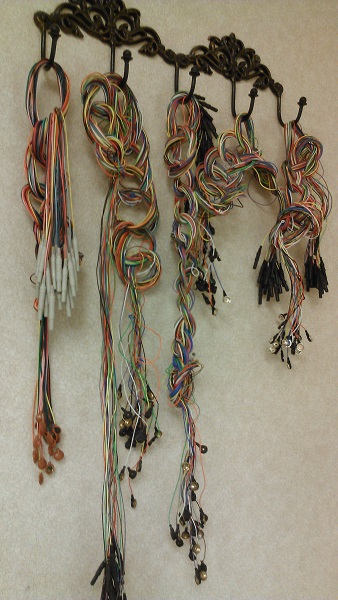