I should be dancing 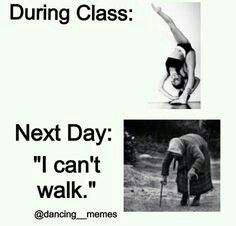 My physical therapy homework until I go back in a couple weeks to dive back into deep tissue therapy via aggressive ASTYM (basically, targeted micro-shredding to induce directed healing) is neural glides for my old friends (and yours), the median, radial, and ulnar nerve branches that run down the length of our arms. I knew my hands were hurting, but holy cow. And that was just the opener.

The goal going back in is simple- to experiment. Also to keep improving, but the reason my doctor approved MOAR is so a professional can observe how I trigger upper core flares (a wall I've kept hitting for years that we haven't broken through yet, resulting in 10-level pain and nasty headaches), figure out if she can fix that problem (deep tissue work, pinpointing problematic nerve dysfunction, if any), and if not, go back to my doctor during a flare and get the kind of bloodwork that would determine whether I'm actually stimulating autoimmune response (which would need medical treatment to control) or just kicking off a really badass fibro feedback flare that no one knows what to do with any more.

Quick review if you're new to me- I was told in my mid-20's before the word 'fibrositis' became medically fashionable (pre-fibro days) that I would wind up in a nursing home by my 40's because there is no cure. I watched my mother do exactly that (not as quickly as her 40's, thanks to pain pills and stuff), slowly paralyzing into severe 'frozen shoulders' and deficits until she was completely disabled. A few decades ago it wasn't uncommon to see older people's arms and hands curl up into hardened knots until they couldn't even hold something, mostly passed off as an arthritic condition. I got my first muscle contracture down my left arm during nursing school, but since I was learning all about contractures, I used my jeans pocket to hook a finger on while I'd casually stretch-flex my wrist to pull that muscle out without anyone noticing what I was doing, and over a couple of months the contracture eased up and disappeared. I only happened to notice it one day because I looked down and saw that, even though my arm was hanging straight down, my hand was cinched up crooked at my wrist. It didn't hurt at all at the time. If I hadn't know what it was, I'd have blown it off and it would've gotten worse.

Because of nursing school, I've been very aware of what's going on in my body over time and have been able to communicate well with people helping me with my medical difficulties. Most of my progress the last seven years is me making the decision that I want to be as functional as I can for as long as I can, no matter what the cost, even if I go through more pain doing it. I had nothing left to lose by the time I made that decision. 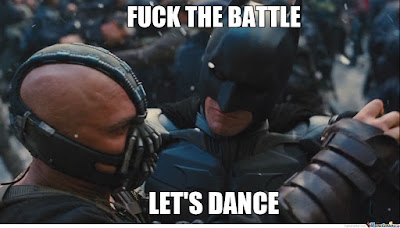 Today's assessment was one of the most validating I've ever been through. It's nice that a person can see from my history that I'm willing to do anything to improve, which means I'm actively willing to allow someone to cause me more pain in order to gain more control over the pain I live with. It took only seconds for her to determine I'm left-side weak and severely right-side nerve responsive. (Those few seconds made it really hard to make a quick stop at Target and then drive home, my arms felt so rough. She used the same moves Steven Seagal uses on perps, only more nicely.) The next steps will be to explore if and where I might have nerve entrapment and whether upper core strengthening will have anything to do with pain control or just keep making it worse.

If you need context, one of the questions was whether pain keeps me from reading books. YES. I cannot hold a book. I must use a table to hold the book or read from my laptop screen. Years of dropping things. No one really knows the love that goes into preparing meals when one can barely use their arms and fakes their way through it all pretending nothing is wrong. And, like I said, my hands are just the first step in the door. 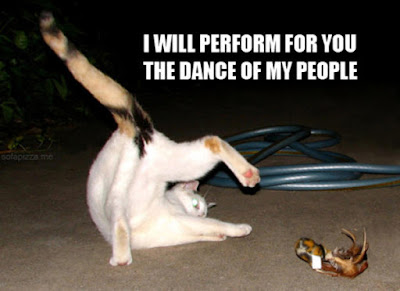 A doctor told me one year I perfectly described ankylosing spondilitis, but there's no visible sign of it. Another doctor is convinced I had a Lyme event (I tested positive), but there is nothing anyone can do about it decades later. Another doctor kept checking me for multiple sclerosis. About 18 months or so ago, an ER doctor made sure I didn't have lupus involvement in my brain. I've been cleared for tumors, aneurysms, strokes, spinal fluid problems, and brain cancer so many times I've lost count.

Fibromyalgia isn't supposed to be progressive or a true inflammatory disease, 'just' a disorder (or two, or three) that isn't supposed to affect overall mortality. The incongruity of being comforted by someone saying "Well, at least it isn't killing you" when they have no answers is like telling someone who lost a limb in an accident "At least you didn't lose your life"- No, but you lost function, to which they reply Ah, but not really lose function, like a true progressive condition, to which I reply, Ah, but lost quality of life. I've lost so much more than a person who's lost a limb. 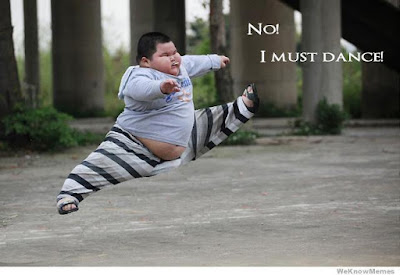 When every move a person makes every single hour of every single day of every single week of every single month of every single year for decades is based on a unfortunately misinterpreted nervous system signal during an unapologetically long and miserable existence, one might question whether existence is even necessary, much less the kindness and charity we're supposed to develop along with it. Because, and I don't know about you guys, I feel like plowing through a placid crowd of movie goers like Ash with his chainsaw on most days. The argument over whether the pain is 'real' or not is ridiculously beside the point. Here, step into my body for a few minutes...

So when a physical therapist actually looks thrilled that I'm clearly begging her to hurt me even more so that she can do her job better, and she can tell that I'll actually be an enthusiastic compliant cooperative patient instead of the usual crabby drudge that drops out before they get anywhere because 'it hurts', I know I've made someone's day. It was like handing her chocolate cake and tickets to a Halloween screamfest or something. All grins. I think she's going to be my favorite. 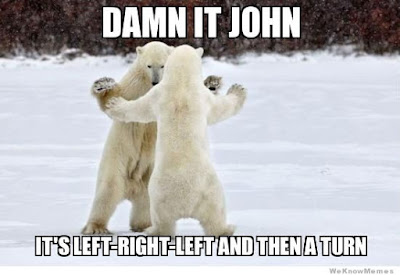 Yes, IT HURTS. But every single day of my life HURTS, and every single thing I do HURTS, so why not explore just how far I can go with this? It's going to hurt anyway, for crying out loud.

This is my head when I find people who are willing to go into my pain with me and help me find ways to keep living with it, ways to control it, and even ways to improve it. Yes, it takes years and the kind of determination that makes regular people quail and cringe, but until the day I die, I want this to be me in my head.


Hugs to anyone reading this who hurts. We can do this. Especially in our heads.
Posted by Janika at 12:27 PM